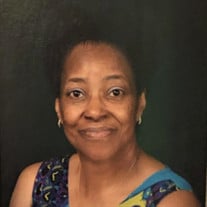 Goldsboro - Mrs. Elizabeth "Liz" Belle Jones Isler, 70, passed peacefully at home on Monday, October 5, 2020 surrounded by her loving family. The celebration of her life will be held on Friday, October 9, 2020 at 11:00am at J.B. Rhodes Funeral... View Obituary & Service Information

The family of Mrs. Elizabeth Belle Isler created this Life Tributes page to make it easy to share your memories.

Send flowers to the Isler family.